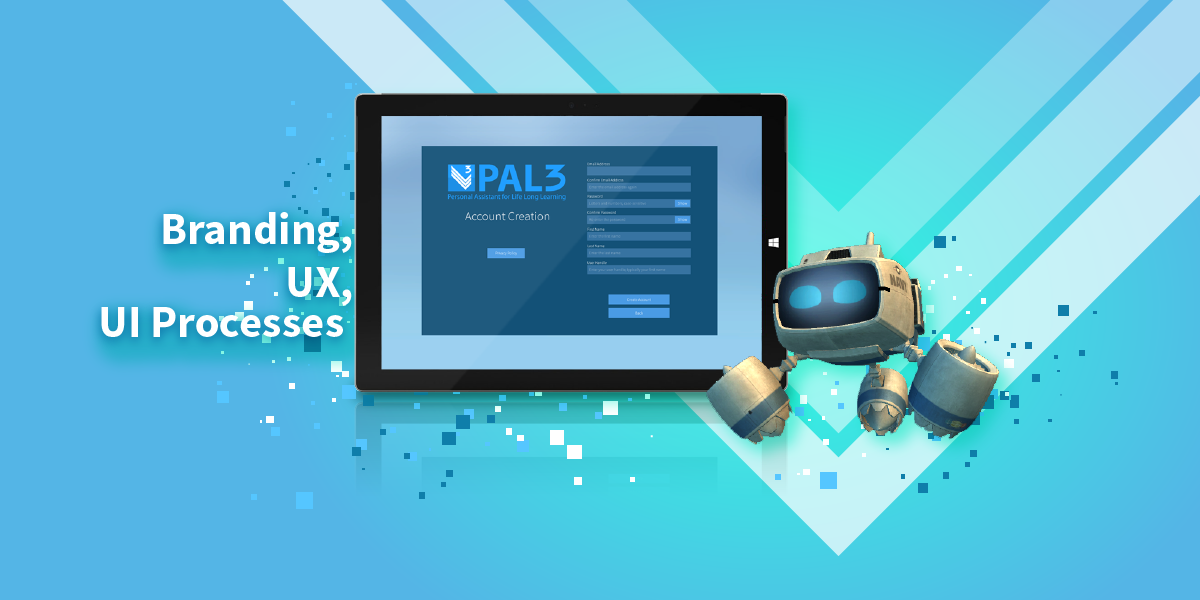 PAL3 is an application for young sailors to review training materials, made in partnership with the U.S. Navy.

The U.S. Navy sailors often spend months between training schools and the Navy wanted a way to better engage these sailors through that time. The challenge is to engage and motivate these sailors, who are often in their early 20s, to pick up the often mundane study materials and sharpen their knowledge.

The application is to be a full-featured framework, but is flexible for lesson content and class size. To begin, we surveyed current-gen games as well as similar tools to understand the visual language early-20-year-olds are used to. Then we created a visual style, which helped flesh out features for the system.

By comparing offerings from similar products, we were able to distilled the feature sets to include what is vital to the user experience versus what can realistically be implemented with our resources.

Given the target audience, we decided to put emphasis on the system's avatar - something the competition lacks, but especially prevalent in today's console games. We believe the avatar's user-customizability can make the application experience much more tangible and exciting.

Features are then listed in the following red route analysis table, which then informs layout and prioritization for user experience. Focus was made so that features used most frequently by most people can be easily accessed.

Users' experiences will heavily depend on the UI's ease of use and clarity. It's function is to present all options and information in a clean and easily understood manner.

The challenge is to include these different user metrics, topics and resources without confusing the users. I took the original click-flow and simplified it. My approach divides these options into two major branches - user information, and lessons.

My design ideology is to reduce users' points of friction. In this case, since reviewing resources is the primary function of the application, resources can be easily launched directly from the Home screen with a single click. 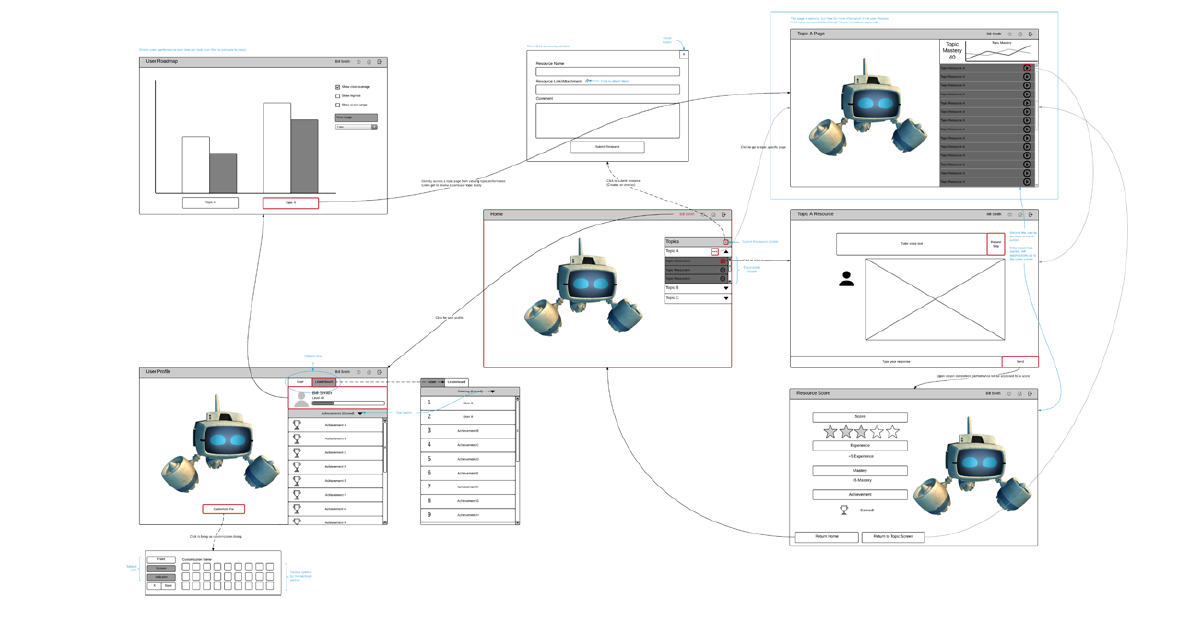 I designed the PAL3 logo to be modern and young while appropriate for the corporate audience. The chevrons are inspired by the Navy's ranking patch design to promote a feeling of establishment and accomplishment.

Together with the new logo, I designed the UI, iconography, and style guide while taking the same cues in presenting a visually exciting interface that draws the users. The U.S. Navy has shown approval in this application and the project continues to move into the next phase of deployment and development. 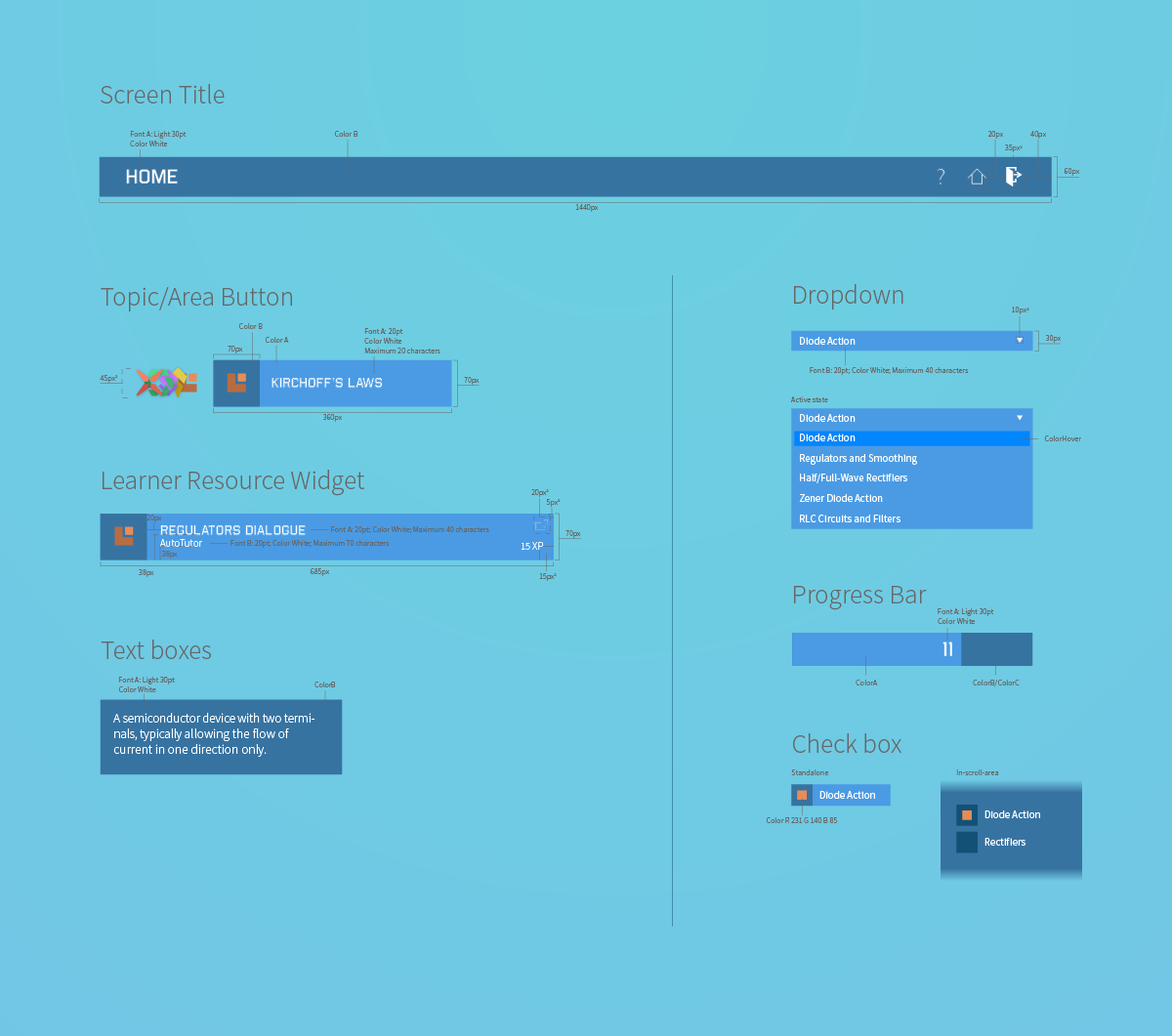